Car technology advancements and inventions are touching the sky every day. OBD (On-board Diagnostic) was a great invention. As time traveled, OBD2 was introduced. Now, people are eagerly waiting for the OBD3 release.

If you are too keen to know more about the OBD3 scanner features and the expected launch date, this article will discuss everything.

There is a lot of confusion in people’s minds, such as: what could be the new feature in OBD3 ports and scanner, and the expected price for OBD3 scanner when OBD3 will be available in the global market?

We’ll discuss everything in detail. But, as of now, the OBD2 protocol is supported for all cars and SUV trucks.

FIXD is the best wireless obd2 scanner for DIY and clearing DTCs.

What is OBD III?

OBD3 will be an upgrade over OBD2 that is expected to launch with the next-generation technology and advanced features.

OBD3 minimizes the delay between emission detection and fixes the limitations of the OBD2 protocol.

The rumors floating that OBD3 scanners will connect to wireless networks and directly send the emission check data to state authorities.

When OBD3 Will Be Released?

There is no accurate information available about the release date of OBD3 yet. However, it is expected that- OBD3 will release once all fuel-operated cars are replaced by electric cars.

In 1996, OBD2 became mandatory to implement in all vehicles. After that, no updates are available yet. However, OBD2 features are improved with time.

If you ask me- when obd3 will release, then my answer would be around 2025 to 2028. However, this is just a random guess because no authentic information is available for the obd3 release date.

Till then, we have to settle with OBD2 scanners only. Once we get any official news about the obd3 release date, you’ll be the first to know it.

What Are Expected Features in OBD3?

There is no official information about OBD3 features. But, automotive experts expect the following features in the OBD3 upgrade-

Note– These are just expected features of obd3. There is no authentic news about it. Real features may vary.

The technology used in OBD3

The following technology shall be used in OBD III (Source)

No! OBD3 is not released yet. However, this will be a great invention in the automotive industry.

We have to wait because there’s no official announcement from any car manufacturers or central authority.

There are no OBD3-supported vehicles launched yet. However, it’s expected that Tesla will be the first car manufacturer brand that will launch OBD3 cars.

What is the difference between OBD2 and OBD3?

OBD3 is not available yet! All the vehicles launched after 1996 are supported by OBD2 protocols.

However, some rumors tell that OBD3 will periodically run the Emission Check or Smog Test and directly report it to the state authority.

There are no such features available in OBD2 scanners. Rather, we run the manual emission check manually to see if all the data are as per emission norms.

Things are getting more advance. OBD3 is the next step in the vehicle. If you’re curious to know about OBD3 features, then I’m sure this article is helpful.

Although there is no information available about the OBD3 release date, vehicle experts expect that it shall be released from 2025 to 2028.

Bookmark this page for more information about OBD III. We shall update it regularly if any update is available in the public domain.

Useful Guide– Can you leave OBD2 plugged in? 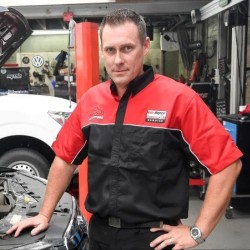